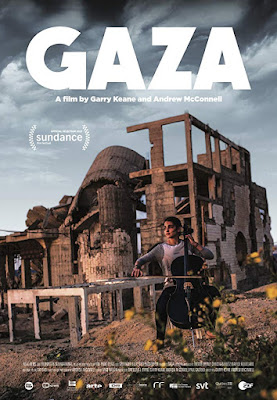 GAZA is an absolute must see (especially on the big screen) portrait of life in the Gaza strip. A look at the good and the bad of the small strip of land barricaded by Israel from the rest of the world it is a film that will make you fall in love with the people and the place and make you wonder how anyone can treat it's inhabitants so badly.

When Israel destroyed its settlements in the early 2000's it effectively walled off the Gaza strip from the rest of the world. I suspect the idea was to contain Hamas and the Palestinians in a place they could could control. On some level they expected those strapped on the small piece of land (its only seven wide by twenty five miles wide) to either give up of die, but despite often being on the verge the people have created a living breathing community that is a wonder to behold.

GAZA is a portrait of the community and on some level it will restore your faith in mankind. That so many people can survive and thrive, as best as they can. We are brought into their families, hear their hopes, come to understand their lives and share their tragedies. Its a film that will move you.

One of the things that I love about the film is the loving cinematography. While I know Gaza is not as picturesque as the film makes it out to be it still comes across as a pretty lovely place, when it isn't being shelled. Obviously the directors love their subject a great deal and we are better for it.

I've seen several portraits of Gaza over the last couple of years but as good as they are this film is better. 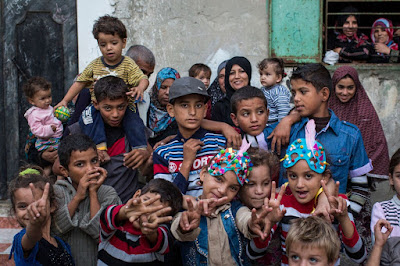