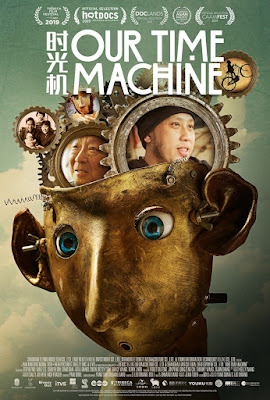 Artist Maleonn always wanted to do a project with his father, a prolific director of Peking Opera whose workaholic drive was instilled in his son. Things didn’t come together until his father was diagnosed with dementia and his memory started to fade. With time of the essence Maleonn begins work on an elaborate theater piece about a son trying to recover the memories of his father via time machine. However as the size of the production pushes what should have taken months to complete turns to years there is fear dad won’t be able to see and appreciate the finished project.

Wonderfully bittersweet examination of fathers and sons, parents and children, the creative experience, families and the cycle of life Our Time Machine will move you. As a guy with an older Dad who is still chugging along I live in a world where I am very very aware of the troubles of what is shown in the film. Even though my dad is all there mentally, I relate to the struggles and fears or dealing with a parent. I also relate to Maleonn's relationship with his dad. And as a sometime writer I know about the struggle to create. 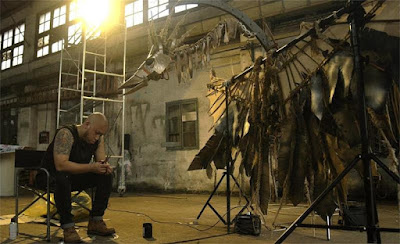 There are so many small moments in this film that delight that even had the whole not been as good as it is the bits would make this a must see, From Maleonn's puppets for his show which would make Henson jealous, to the letters from a father and son that we hear now and again, to the joyously sad way Maleonn finds to bring pure delight to his father every ten minutes this film has some of my favorite things in any film I’ve seen all year.

You will forgive me for not being specific or talking more but in saying more I run the risk of crying.

This is a truly special film. Highly recommended. 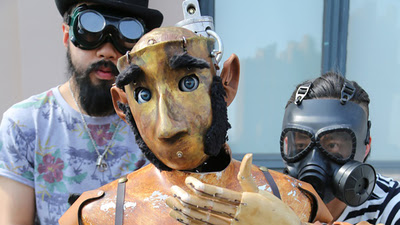