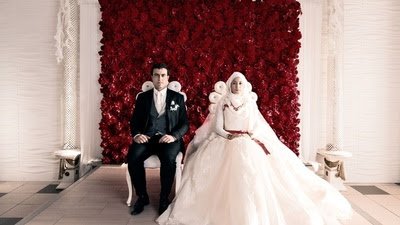 Hatun "Aynur" Sürücü a young woman killed in 2005 by her brother in an honor killing in Germany tells the story of the events leading up to her death beginning with her arranged marriage when she was in the 8th grade to a husband who abuses her. Fleeing from Turkey back to her parents home in Germany she is made an outcast in her own hoe and tormented and abused by her brothers until she moves out with her son, thus moving closer and closer to her own death.

Well made, well acted story of what happens in a strict Muslim family when one of the women appears to dishonor it. How you react to the film will be determined by how you react to a woman being abused in various ways (verbal, mental, physical and sexual) by her family to the point of death.

While clearly a portrait of one part of society and the horrible things that happen there it is also a challenge to the audience to try and stop the abuse and misogyny by putting us in her place. Experiencing what she experienced makes for a tough film and several people walked out of the screening I attended because they simply didn't want to be in the place the film put us.

Watching the film I was left with two questions that I don't have answers to, the first is what am I supposed to get from this?

We know how this is going to go from the first frame, we see Hatun "Aynur" Sürücü's body at the start so there is no question what is going to happen, so why should be watch it.? While the film shows us what happened and asks us to try and stop future incidents, it really doesn't give us a great deal beyond that. We never really get a sense of the abusers beyond they are all evil assholes and this is what the mindset is in some Muslim families. The villains are painted very broadly, while it works wonders at giving us a visceral gut punch it doesn't engender an understanding.

There is a moment early in the film when  Sürücü says that we don't understand her language or her culture and that she will fix one of that and at that point the dialog goes from Turkish to German.  We never truly understand her culture. That maybe the point but we can't completely stop the honor killings if we don't full understand the mindset behind it since we have to change the ideas not just prohibit the action.

The second question I have is who would want to sit through the film? That is a kind of key question since for me, without a reasoning behind the film 's primal scream that these murders are horrible, the film becomes a kind of self abuse. (The only other reason I can think of is to refuel your hatred toward Muslims, in which case you're just as lost as the people in the film)

I don't see the point of A REGULAR WOMAN beyond experiencing the pain. For my money I think you time and money would be better spent skipping the film and actually trying to change a mind or helping a woman in danger than spending 92 minutes reliving old wounds.
Posted by Steve Kopian at April 29, 2019