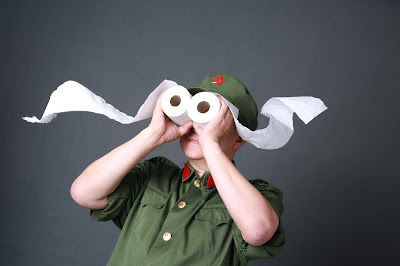 Portrait of Jack Sim an entrepreneur from Singapore who has made it his life's cause to promote toilets as a means of stopping the spread of disease. 40% of the world doesn't have access to toilets and as a result disease runs rampant. While Sim normally doesn't get involved with more than promoting the idea he get sucked into an initiative in India where most people defecate on the side of the road or wherever they can. This practice has been tied to all sorts of problems including rape.

Amusing and seemingly light weight film has a heavy edge to it. The struggle to provide sanitation to billions of people is a struggle that most people are not aware of. Sim's single minded quest may come off as a funny but its a battle that is deadly serious. Sim understands that the only way to get attention for such an important issue is through humor and he isn't afraid to use it.

I was kind of knocked back on my heels by the film. I thought this was going to be a funny little film about a "silly subject" but instead the film I got a funny little film that made me think much more than most more serious films. The issues Sim raises maybe funny but they are also life and death.

What makes the film work is Sim himself. He is a grand character. Looking a little like a bespectacled Jackie Chan he is the sort of person you'll want to hang out with because he is just so damn fun. I've been watching a lot of docs that are portraits of this person or that and Sim is one of the few that I wanted to spend more time with.

MR TOILET is a great film and highly recommended.
Posted by Steve Kopian at April 25, 2019