Tribeca Pre Fest Capsules : AT THE HEART OF GOLD and SLAY THE DRAGON

While Nate and Ariela took the lead on reviewing these films I saw during the prefest screenings I still wanted to saw a little something about them. 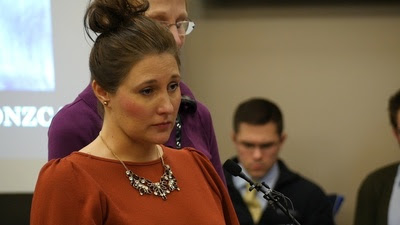 AT THE HEART OF GOLD
Exploration of the case against US Gymnastics doctor Larry Nassar and the destruction he left in his wake. Full of interviews with pretty much everyone except the guilty (neither Nassar nor anyone who covered up for him appear) this film will tell you way more than you could ever hope to know about the case.  A tough necessary look at how institution can allow monsters to prey on our children. There wasn't one or a dozen victims but hundreds if not thousands. It will change the way protect your kids and how you view the sport of gymnastics. 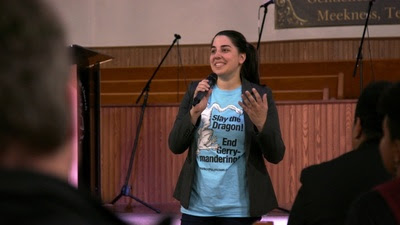 SLAY THE DRAGON
A look at  the problem of gerrymandering in politics (the redrawing of voting district lines by the winning parties so they stay in power) and how the practice is being fought across the country. A film certain to bring anger to anyone with a brain, the film clearly shows the dangers of politicians giving themselves too much power, the best example being the Flint Water Crisis. While the current state of affairs will certainly break your heart the film also shows that democracy and the will of the people can over come the evil intentions of the power brokers who want to maintain power.

Recommended  for a variety of reasons the most important being it will make you feel hopeful.
Posted by Steve Kopian at May 01, 2019