Cabane a Sang : The greasy film fest to screen the event via Live Stream 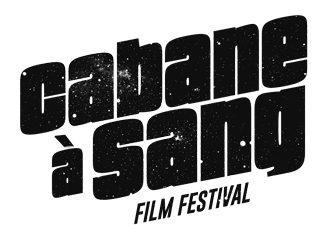 The festival that will make you question your knowledge of genre cinema, by showing you questionable films.

This film festival is put together by Frank Appache & Martin Richard. Streaming for the first from their containment hub due to the isolation measures.

« Cabane à Sang is really like going to the sugar shack: Too greasy, not very clean and quickly digested. »
- Marc Boisclair – Editor-in-chief – Horreur.Quebec

This film festival aims to showcase both greasy films from our home province of Quebec, Canada as well as crazy non-sense from around the world. Putting the spotlight on B-movies and even Z-grade flicks, these might blow you away, or at the very least, cut your appetite. Bodily fluids are sure to be at the rendez-vous, because at Cabane a Sang, we strive to showcase only the best of the worst

On the 11th and 18th of April a 7PM (EST) Cabane a Sang (Blood Shed) will be streaming live on your personal small screens seeing how all theatres, bars and venues are closed, thus making the BIG screen unavailable. We would like to take the opportunity to deny the rumors stating that the live event was canceled due to the films being too bad for consumption. This is false. This is entirely due to the laws regarding social distancing.

Named “The Quebec prince of Trash” by Horreur.Quebec, Frank Appache is back alongside Martin Richard for a second year in a row with Cabane a Sang (Blood Shed). The fest was born from the Road-Cinema that toured the province of Quebec, promoting locally made genre cinema of feature and short lengths. The hype surrounding these types of greasy events made it clear there was a big gaping hole in the film scene and these two film buffs are more than happy to fill it.