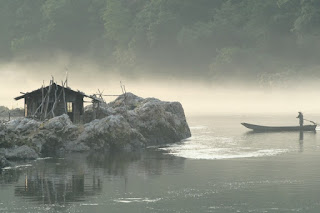 What the hell is this film doing at NYAFF? The question is not one because it’s bad, rather something this meaty and artistic should have been on the main slate of the New York Film Festival. No matter it is playing in New York and it is a must see.

The film concerns two boatmen at the turn of the 20th century. As they wait for a bridge to take away their livelihood they ferry people across a river. When one of them stumbles on the unconscious body of a woman in the river things begins to change.

Stunningly beautiful needs to be seen as big as possible. This is one of the most visually impressive films I’ve seen all year. Every frame is a perfect picture that actually helps to drive the film forward. Nothing is wasted, nothing extraneous, every image is part of the story. The low res screener provided to critics out of fear of piracy was close to an abomination but at the same time the cinematography by Christopher Doyle is so stunning that even covered in shit you could tell you were looking at gold. 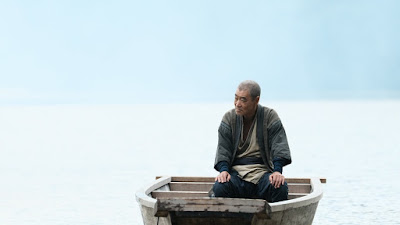 I don’t know where else to go, the music is glorious. The performances are beyond compare. This is a deeply thoughtful deeply moving art film. Actually it is more akin to a novel then a film in that you can feel the hand of the storyteller spinning his web just off screen. Because it is such an absolutely compelling tale you really won’t care

If the film has any real flaw it is the pacing which will bother some people. Things don’t really begin to start until about a half an hour into the film. It’s a very deliberate choice since it sets up the place where the film happens. We get to understand the people and the place before moving forward and as a result the film resonates deeper… on the other hand some people need a faster pace, and in that case this film is not for you.

Hands down one of the top three films at NYAFF and a must see for any movie lover worth their salt. 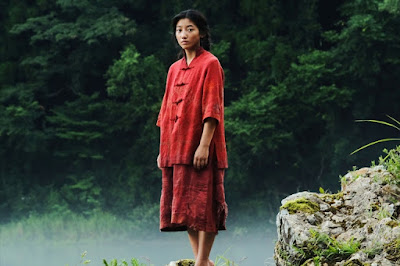