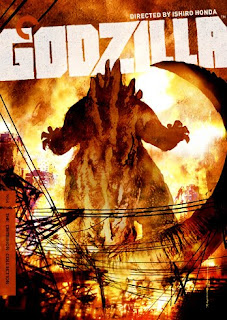 On the other hand you said that before you saw the Criterion edition. Having seen what Criterion has put out I can honestly say that you really need this edition even if you have all of the other editions.

The reason to get this edition, in addition to the other double disc special editions, is not for the movie(s) itself, rather it’s for all of the extras and the commentaries in particular.

As far as I can tell all of the extras are new. There is a visual effects piece, a cultural history, a piece on the music. All new, and all good.

The real reason to get the set, aside from great transfers of the films, are the dual commentaries by David Kalat. Long time readers of this blog know I’m a huge fan of Kalat’s writing and especially his commentaries. They are always jam packed with material to the point that even if you think you know a subject back to front, you will realize that you’re an amateur compared to Kalat. If he is speaking on a subject then he knows everything there is to know about it.

Kalat’s commentary begins not with the film, rather with the incident that sparked the film and it goes on from there. You’re barely minutes into the film when you realize that we’ve had the film put into a historical context, had a mini-lesson on the giant monster genre (did you know that there were 2 sequels to King Kong made in Japan in the 1930’s, both now lost?) before we’ve moved on to how the film went into production. From there Kalat just goes for three hours over the course of two films, and it never gets boring nor does it get repetitive.

I’ve always love the film but listening to the commentaries I gained new respect for it. It’s the sort of thing that I want to play for people who don’t like the film simply because they will see the film as more than just a monster on the loose film.(Are you listening Roger Ebert? I know you’re not a fan and felt you trashed the film out of hand. But I really hope you’ll give it ago with Kalt’s commentary because I think you’ll be enlightened.

Get these discs. Even if you have a version of them, you don’t have Kalats commentary and that’s worth the price of admission. Seriously Kalat is so good that this will actually be a commentary you listen to more than once. Ts something I do with Kalats commentaries for the Dr Mabuse films and Metropolis (which sadly is only on the UK version) 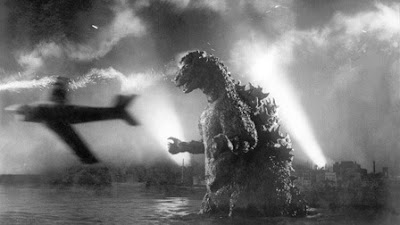