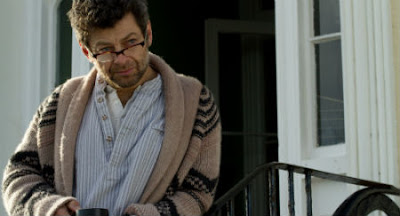 High school student with a knack for comic art is trying to deal with a brain tumor and being a teenager. This includes dealing with school, falling in love, trying to get laid, trying to cope with parents rattled by his illness and coming to terms with his possible death (which is where the comic characters come in).

Solid film but some what unremarkable adaptation of the novel that manages to overcome the cliches in it's story thanks to some great performances and some well done animated sequences that show us the comic art come to life. It's nothing you haven't seen before, but the fact that we get Andy Sirkis in a low key role as a shrink helping our hero, David, come to terms with everything makes this truly special.

Also making this special is Thomas Brodie-Sangster as David, it's a performance that could be star making.

(This is one of the Tribeca on the demand films)