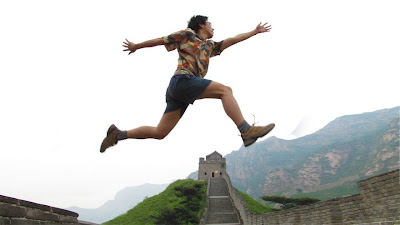 Documentary about citizen reporters in China.

Zola is a young man in his twenties who was unhappy that all state sponsored news was good news so he started to post his own reports to the web. Tiger Temple is a 57 year old man, the son of high party officials who decided one day he had to tell the truth. The film follows the pair as they travel around their country reporting and dealing with government officials who want to shut them down.

Good, but not particularly exciting film is...rather bland. The tensest that things get is when Tiger is forcibly removed from his home for ten days during a party conference in Beijing. Other wise it's the pair traveling around and reporting stories that need to be told.

I'm sorry, I can't say more than that. Its not bad, but its never full engaging. Yes, I like it, but I don't think I needed to see this on the big screen. Had I gotten up in the middle of it and went home I wouldn't have missed anything.