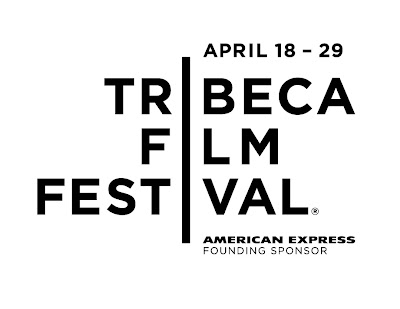 Heavy rain over night made it a mad dash to get to the theater on time this morning. Complicating matters was yesterday was a late night at the blog... so I was even more sleep depped than normal

Anyway, not a great deal to report, or complain about from my end. Mondocurry and Roy are off covering events tonight so we maybe getting some sort of reports down the road.

I would love to talk about ANY DAY NOW, but I'm restricted because it doesn't World premiere until Thursday night. I can't say what I think until then. I can say that when the film ended the audience sat silently in the darkness for most of the end credits. I can also report that those that left the theater were blowing their noses and wiping their eyes. I can also report that everyone who was there and attended later screenings were talking about the film, so much so that the volunteers were talking about trying to score tickets. I strongly suggest you do so too.

CONSUMING SPIRITS is a rambling animated film about various people who criss cross through a newspaper office in a backwater town. Its a mix of a wide variety of animation styles. It has an frequently witty script that seems to have been recorded from life rather than written. How is it? Beats the snot out of me. For all that is good in the film, it's undone by a rambling all over the place nature that makes it tough to connect to. I laughed and enjoyed myself, but at the same time the film had me falling asleep. Hell I think I did fall asleep. I never fall asleep in the movies. Half way into this almost two and a half hour film I walked out, because I was too zonked out. (A review from Roy maybe coming)

FRANCOPHENIA (OR DON'T SHOOT I KNOW WHERE~THE BABY IS) is weird shaggy dog cobbled together by James Franco using behind the scenes footage from a shoot on General Hospital. Its a 70 minute art piece that sends up celebrity, film making and a few other things. I liked it but its the sort of thing I'd watch once.... If you want a good report read Mondocurry's review from a couple of days ago.

BURN is an amazing film about a year with a Detroit firehouse. It's moving look at the men who won't leave their city despite it burning down around them. I'm going to write this up fully down the road, until then I suggest you get tickets to see this on the BIG SCREEN. The reason you want to see this BIG are`the fire sequences. I'm a fire brat, the result of my dad being a volunteer fireman. I've never seen fires shot like this. It's amazing. See this film, especially if you can do so on the big screen.

That's it for tonight. I have two of today's to write up fully. I also have about seven other films to watch on line...