This is a preview of a series which will be starting in the late summer or fall which will have us reviewing films that we have on VCD.These are films that seem to only be available in that low tech format. First up a film starring one of my favorite actors Anthony Wong.

Pretty good variation on life long friends on opposite sides of the law, who try to remain on friendly terms, as much as cop and crook can, who find that circumstance and their "job" are sending them toward a collision that perhaps neither will walk away from.

A great cast headed by Anythony Wong sell the material. Sure it's been done to death before but there is something about the way this comes together that you find yourself watching all the way to the end in the same way that you'll watch a well worn epsiode of a TV crime drama. You know how it's going but you don't care since you're having such a good time in a warm and fuzzy place- though to be honest despite the abundant humor this is not what you would call a warm and fuzzy movie- its a hard edged crime drama with an edge.

Worth a look see.

It was a buck for the VCD and worth a couple of times that. 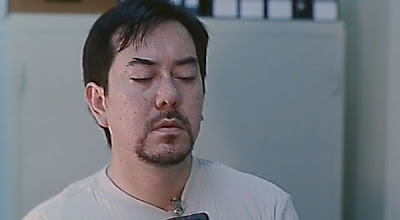