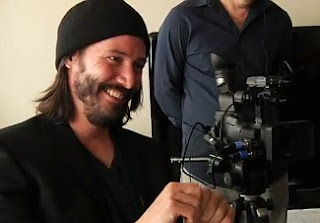 The history of digital film making is an over long commercial for the joys of digital.

Yes, its great to see all of the directors, editors and directors of photography talking about the differences between film and digital, but its more a hard sell then an unbiased look. Almost everyone interviewed says how great it is, now that many kinks have been worked out.

Sadly no one really talks about digital's drawback, that while digital is great in cost and picture quality, there is a problem with long term storage. It seems, and its only briefly mentioned, that the only way to store digital images long term is actually on celluloid because technology is advancing so fast that formats are becoming unreadable forever-as David Fincher has found out. Unless digital files are constantly updated and watched over there will come a time when some films are lost simply because the we can't read the files.

As for the rest of the film, I was ready to bail twenty minutes in because it wasn't anything I, who only has a cursory knowledge of the subject prior, hadn't heard before. Its the same talk we hear  and see in all the press releases on the next digital leap. It makes me think what anyone who really knows about the move to digital will know more than is revealed here and anyone who doesn't will be bored rather quickly especially since at 100 minutes this is twice as long as it should be. Sure the quips are great, but I'd rather see the full interviews rather than how they were assembled here.

The film also has one other problem, many of the film clips used to illustrate how good digital is look terrible. On the basis of what we see here I'd only want to see Avatar and nothing else.