Following up on writing about Let Fury Have the Hour, I felt I should write about another documentary that looks at revolutionary activity in the face of oppression directed by Stephen Maing (pictured below) called High Tech, Low Life.  It is a less spectacular affair, as its subjects come strictly from the realm of everyday citizens, but the stakes for those documented are much higher; they engage in activities that run in direct opposition to the longstanding government regime whose control they live under.

High Tech… looks at China at a time when blogging forums had risen as a prominent means of communication.  As major social networks like Facebook were already being blocked by vast firewalls (referred to during the film as the other Great Wall), these blogging domains became a way for ordinary citizens to create their own media, one that paints a less than ideal picture.   This is significant, as major media outlets in China are shown at the outset of the film as being essentially under the control of the government.

The film focuses on two activists in particular.  They share the same pursuit of truth, but besides that there are some striking differences beginning with their age.  Zhou Shuguang aka Zola is quite young.  He equates his actions to those espoused by individualism.  While he claims to be selfish and just having a fun time, his highly risky actions suggests more caring than his mischevious persona lets on.  His reports show a certain level of attention seeking, and the provocation it stirs often draws negative reactions from those that would be supporters of his actions.  The film and Zola himself make no bones about showing this to be the case.

Tiger Temple, on the other hand, comes across as a weathered veteran.  He has a similar goal of uncovering truths apparently hidden from the public, but his age and perhaps details of a difficult past make him a more sympathetic figure.  In fact, he spends a lot of time with the victims of society he tries to help.  In a very touching scene, a few of those that he helped after exposing the truth about mass evictions of people in low income housing projects try to protect him from police attempts to disrupt his activity.  While Zola claims his  motivation to be youthful rebellion, Tiger Temple’s stance is one of having been through so many years of hardship already, he has no reason to do anything but keep on telling the truth.

In the process of detailing their exploits, we see the impressive array of gear involved in their ventures, showing that what the two are up to is very serious business.  Lest you think they hurl their attacks, immobile, from behind the flicker of a computer screen, you will become aware of how much motion these two undertake.    By bicycle, Tiger Temple travels across China’s great landscape, at times evading tails, presumably sent out by a government agency.  When Zola sets out to report, he essentially becomes homeless for long stretches at a time, leaving his countryside family home behind.  In one scene, we see him camping out in a warehouse space, which receives a strange visit suggesting a covert form of intimidation.

The range of oppressive activity that the two, each on their own separate paths, work to uncover is impressive in scope.  They investigate likely cover-ups of rape and murder by a political figure, pollution being dumped on the grounds of struggling farmers who are not being paid adequately by the government that is supposed to subsidize their work, and homelessness epidemics being caused by big companies destroying low income housing to make way for profitable developments.

Tiger Temple describes a sociological phenomena so well versed, it would fit in perfectly with the scholarly analysis delivered in Let Fury Have the Hour…so much so that I had to double check my notes to check that I wasn’t quoting one when I meant to reference the other.  He speaks of a present day situation where economic growth has lead to a distracted, complacent population where there is a greater inner sense of being oppressed throughout the population than any other time in recent history.

There is not much in the way of dramatizing or stylizing what we see.  With a soundtrack of some moody instrumental indie rock (a song by The Books can be heard at one point), it is a fresh and for the most part very straightforward account of two activists seeking to make a difference against overwhelming odds. 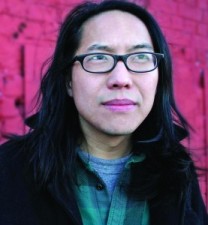