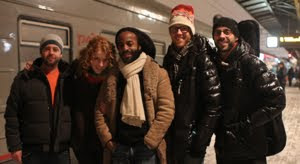 Near great portrait of John Forte, who after finding success with the Fugees got caught smuggling drugs. After his sentence was commuted by George W Bush, he dove back into music. The film follows Forte as he travels to Russia to play concerts and record an album.

Forte is an amazing man and the film works entirely because of his force of personality and his music, which is magical.

The trouble is that the film making, the editing (or organization) in particular, is a mess and what could have and should have been one of the best films of the year falls short.

When are things happening? Its not clear. There are huge blocks of time that aren't accounted for. Musical numbers seem randomly shot (I found footage shot during the trip on You Tube). It frequently seems as if there was only one camera, which is fine during some sequences but deadly in others.

Yes, there are some of the best musical sequences you'll ever see, with all of the bits with Forte and Alina Orlova, a fiery red head, being more than worth the price of admission, but these sequences are hanging in space unconnected to anything (and having checked out You Tube afterward I wish there was more of the two of them playing together).

As the film staggers along it finally begins to build momentum only to crash at the end as the film takes us to Forte's final concert...but never shows it to us, instead rolling the credits.

Absolutely positively worth a look because it's very good and the music is often beyond great, on the other hand it really could have and should have been great...and as I said the musicis incredible and worth the price of admission alone. 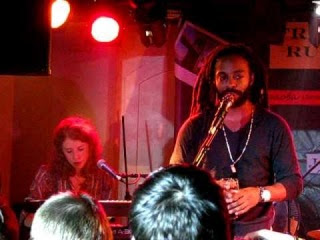