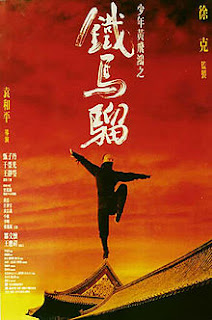 This is more an appreciation than a review.

My first introduction to Donnie Yen was through the sequel to this film. It was ages ago and a friend of mine who frequented the Chinese section of Flushing was raving about this new actor named Donnie Yen. He was supposed to be better than Jackie Chan and he looked to be taking the place of Bruce Lee as the idol of martial arts fans. He would rent laser discs and have me copy them onto VHS tapes for him so he could have his own copies of the films.

My introduction to Yen was during the time I was copying the laserdiscs. Watching Yen was a revelation. I had never seen anyone move like that. Sure the leaps were done with wires, but watching him move, the way he moved and held his body was unlike anything I had ever seen before…and his speed, could anyone really be that fast?

The plot of the Iron Monkey films are variations on Robin Hood and Zorro with corrupt officials who are after a masked “bandit” called the Iron Monkey. You know how it’s going to go, but when it’s as eye popping and mind blowing as this why should you care? These films rock.

(Okay pretend that I’ve gone into a long discussion of the films- as I said it’s been years since I’ve seen them and I won’t have time to see them before they screen next Sunday. Hey I never noticed it was playing…I mean we all make mistakes)

If you’ve never seen Iron Monkey you owe it to yourself to run out and see it. This film is amazing.

How amazing? Simply put 20 years on when anyone mentions Donnie Yen, the first thing I think of is Iron Monkey.

Go see it. Trust me, you thank me. 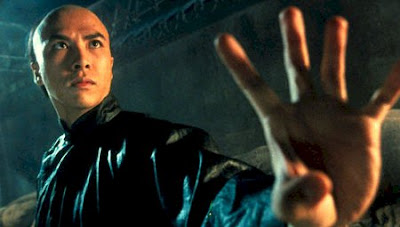