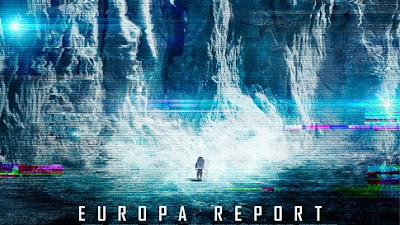 I need to begin by saying that this film is not a horror film or monster on the lose film. I say that at the start because the initial trailer I saw for the film made me think this was going to be some grand horror film or science fiction space opera instead of what it is a truly amazing science fiction (with a strong emphasis on SCIENCE) film about a manned trip to Europa, one of the moons of Jupiter.

Told in a found footage style that mixes footage from the trip to the distant planet with news footage of the launch on earth plus interview segments of the administrators and ground crew on earth, the film chronicles what happens when we send our first mission out past the moon. It’s a tense compelling story full of suspense thanks to a never ending series of real complications. Things go wrong. Potential disastrous decisions have to be made as the crew ends up isolated (their communications with earth goes down) millions of miles away from home with no hope of rescue. It all plays like the real deal, which is no doubt due to the involvement of NASA who were consulted in pre-production regarding ship design and other matters and who’s photo and visual archives were used to create the look of the film.

Don’t kid yourself the film is incredibly tense. We know at the start that something went wrong, we know that events occurred that no one expected and that the film is a kind of TV news report or special chronicling what happened when we went to Europa. The fact we know it all went sideways keeps us on edge, as does the initial out of order telling which infers that at least some of the crew die. The question is who and how. It also raises the question does anyone get back? 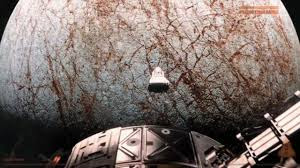 All the questions are answered, though not as you might expect.

The film has a great look to it. The ship feels like a roomier version of the space station but considering that the astronauts are to be in the space for a several years it’s understandable. The film largely matches the types of footage you see from NASA and thanks to some great performances you really believe that this is footage from the ill-fated mission. To me the film looks like something I could see on my TV.

I’m curious how this will play on a big movie screen. I got this on VOD on cable in advance of its theatrical release and it impressed the hell out of me. I suspect that the fact that the film is supposed to be “TV” footage was helped by the fact that I was seeing it on a big screen TV, the conceit of the film being helped along by the location of my viewing.

I loved this movie. Its an intelligent look at what actually happen. It doesn’t talk down to the audience, it doesn’t dumb it down or make it any more spectacular than it actually might be. It simply shows us what might happen when real people and not movie characters go to the stars.

I would be tempted to say that this could be one of the best science fiction films ever made but I need to see the film again. I need to see it for what it is and not as something that blew me away because it confounded my expectations. I will say, that for this lifelong space nut it’s a great film, but for now I’ll leave the hyperbole beyond that to see how time and tide treat the film.

This is a grand true life adventure of the sort we might have one day- see it. 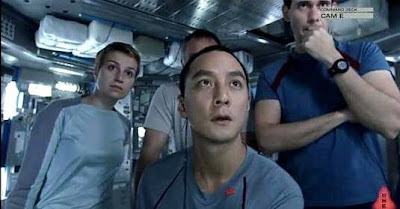