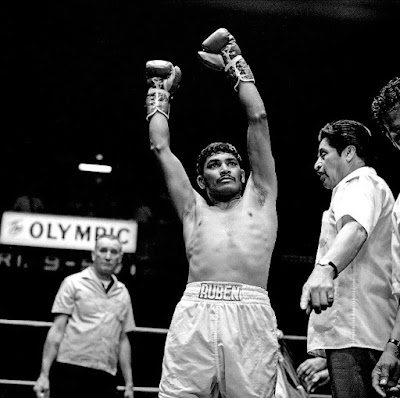 The closing night film of Slamdance is one of the best of the fest. A portrait of the legendary Olympic Auditorium in Los Angeles and Aileen Eaton, the woman who ran it, its transcends its subject to be a portrait of the city it was located and the times it existed.

A more or less straight forward tale of the Olympic over the decades the film on the face of it doesn’t look like it’s going to rattle the pillars of heaven, but in between the discussion of boxing, wrestling, roller derby and concerts the film opens up into the changing  nature of society.  We get a look at what sparked the zoot suit riots, at how the weekly boxing programs saved the sport when it was seen as something that was fixed, how it created the persona of Muhammad Ali as well as other little tidbits.

Frankly what makes the film so powerful is not the main through tale but all of the little tidbits that we learn along the way. This is a portrait of the ever changing face of Los Angeles and America. Yes the city and country was divided by color and racial lines but everyone went to the Olympic. Some times they were fine and some times they fought, but it was always interesting.

I adore this film. I not only learned a great deal but I was entertained. The stories told by the people who fought or performed there as well as those who filled the seats are entertaining as all get out.  They are so good that the film made me sad that my dad wasn’t around to watch this with. He would have had some great stories to add to the mix.