Nightcap 2/21/21- Do the movies reflect life?, ALIEN PLANET is looking for funding 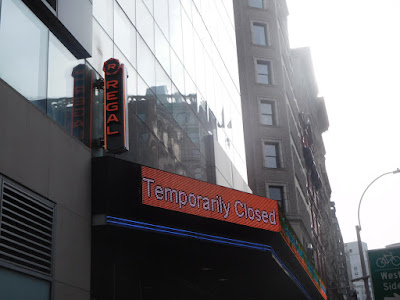 This is a piece I've been working on for a long time. It kept morphing.  It concerns how we see the world as a result of the movies. I'm not sure its wholly finished but for now this is where it is.
The death of Kim Ki-duk and the discovery, for me, of his abuse of several women made me sit up and realize that while I love films from Korea the society they tend to project, at least in the films I see, is really cruel. Its so cruel and nasty that I wasn't surprised at what happened. It's a reaction that bothered me because I shouldn't have thought it was a foregone conclusion.

I should point out that Ki-duk's films are ugly affairs. People abuse each other in everyway possible. Yes. he used it to get to some greater truth, but at the same time it was brutal. Its s brutal that while I would watch one of his films I never wanted to be in one of his films. That there was so much ugliness in his films is what made me not be surprised at the charges against him.

But he isn't the only director to show the cruelty- one need go no further than Chan-wook Park and his Vengeance films (hello OLDBOY) or Jee-woon Kim and his I SAW THE DEVIL or even Bong Joon Ho's Oscar winning PARASITE to know that many Korean directors see the world as a cruel and ugly place.

But it extends beyond the big directors. If you watch Korean film for a while you begin to notice little things, like slaps, hits, belittling, and other efforts to become the alpha and go up the pecking order. It seems no matter what film you see there is always at least one  person playing a power game. I remember watching a comedy a few years ago and I suddenly realized that the same power games that I was seeing in the crime films was operating there as well and all I could think was "what sort of a place is South Korea?"

The thing that bothers me about this portrayal of South Korea is that it makes me hesitant to go to the county. I keep wondering what would I be getting myself into. The cinematic portrayal of power games and abuse of people bothers me more because I have several friends who have gone and loved their time there.  More importantly I know several people who are from Korea and they are some of the coolest people around. Hell, Choi Min-sik, an actor who has portrayed some of the nastiest gangsters ever to be put on film was one of the nicest people I've ever run across.

But whether the cruelty is real or not, the cinematic conditioning in my head  speaks volumes about how the movies make us think other countries or people are a certain way. I mean why do people hate the US in some parts of the world, its because of how they see that we portray them. In the past it was the portrayal of Asian as a "Yellow Peril".  Hollywood in recent years has made all Arabs out to be terrorists. Even the portrayal of ourselves as cocky cowboys who blow things up hits people the wrong way.

Sadly no one in any of the studios across the globe are really thinking about how the negative (or even positive) things we see in films are shaping how people see their countries. For better or worse movies and TV are the way that people remember things for better or worse. Its a scary thought because it may not be the way  we want to be seen.  I know I shouldn't be thinking that the cruelty of some films makes me think cruelty is to be expected.

While I know that studios and producers should just focus on making good films and good stories they should also keep an eye on the message they are sending out in the world since what they are saying will have an effect.

Why do the filmmakers seek to frame the things in their stories with certain portrayals? Is it a lazy short hand? I suspect it is.

However at the same time we must consider that as much as it bothers some segments of the audiences, producers wouldn't do it if most audiences didn't want the portrayals on the screen. They aren't looking for "reality" but instead want to see their own prejudices reflected back at them. Most studios want knee jerk reactions so they can get enough emotion flowing that people want to buy a ticket.

And to daisy chain this back I have to ask - were these views there all along or did the movies create them.

Sadly I think that the feelings were there. One need only see the rise of minor celebrity and disgraced former president Donald Trump riding the wave of hatred and bigoty into the White House to realize that often what the films portray is just a reflection.

Happily though if filmmakers choose to they can change how people see the world, the question is are they going to be willing to do that for the good of everyone or will they only seek profits by reflecting hatred?

I've decided against getting a press pass for SXSW.  The decision was made because, I can't handle another big festival right now. I simply will not do it justice after over 70 films at both Slamdance and Sundance.  As it is New York International Children's Film Fest, Rendez-Vous With French Cinema and Oxford are coming in March as well.

The film ALIEN PLANET is looking for backers.

Alien Planet is a sci-fi adventure film with a meaningful story that mirrors struggles found within humanity. There is one big difference between this film and other science fiction movies, which is that Alien Planet has no humans. It is packed with practical effects makeup, monster suits, and puppets.

In this story, two different alien species are out of water. They must travel to a dangerous world in order to find the key to rejuvenating their planets with sustainable drinking water. Can they put their differences aside in order to survive this hostile new planet? And will they figure out a way to save both of their dying worlds? Danger lurks around every corner as the extinction of their civilizations loom ever closer.