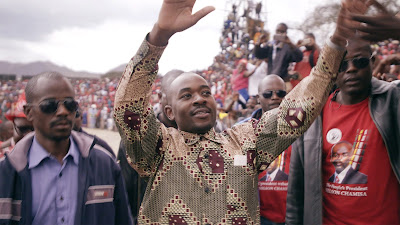 Observational portrait of Nelson Chamisa's attempt to become President of Zimbabwe after Robert Mugabe was forced from office.

This is an excellent look at the state Zimbabwe in the aftermath of a coup. While it is a bit hopeful the reality is the corruption has run deep and the deck is stacked. It is also a film you can't stop watching because it pulls you along.

While I could quibble about the length, I won't, However I will say that the only really flaw is that the film could explain Mugabe a bit better than it does.