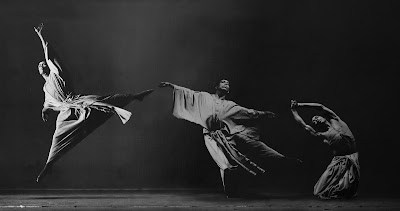 Portrait of choreographer Alvin Ailey, his company and his influence in the world of dance and beyond.

This is a very good documentary about a man I knew nothing about and whose company I've enjoyed over the years. I loved that this film opened my eyes about a whole bunch of things I never knew. I never knew about Ailey. I only kind of understood what he was doing with his dancing. I love it when I see something that truly opens my eyes to something.

If I have any complaint about this film its that the telling isn't anything special. Sue me the structure of the film is kind of run of the mill, and while that might work for someone of a lesser stature than Alvin Ailey with a man who changed the form of dance and how we see  the world I was hoping I was hoping  something more.

Still this is a super film and worth a look.