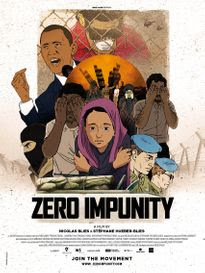 ZERO IMPUNITY is not for all audiences. In actuality it is not for most audiences. Cheers to Animation First for running this important film but woe be to anyone who stumbles upon it unaware of what the subject matter is.

The film is a frank and ultimately punishing look at sexual violence across the world, particularly in the use by governments and during war time.  The film is a take no prisoners affair showing that everyone, even the supposed good guys like the United States uses it as a form of torture. The film isn’t so much eye opening as a brutal assault on our senses as the film rips out our hears by way of our eyes.

A largely live action film, it switches to animation when it seeks to illustrate the true stories of sexual violence. I suspect that the idea is the drawings will lessen the blow, but the truth is I still felt beaten up. The animation may take the edge off the events but truth is the stories still kick our ass.

I’m not going to lie and say watching it was a pleasure. It is not. It is however something that anyone who wants a better world should attempt to see if only in that they can better understand the cruelty of the world we live in.

While ZERO IMPUNITY is a vital and important film it is also a film that I can’t recommend blindly. It is not a film you will like, though you may admire it. It is a film only for those who think they can stand it and want to steel themselves to help in the fight to end sexual violence.

One of the most vital films of the year ZERO IMPUNITY is currently streaming as part of Animation First. 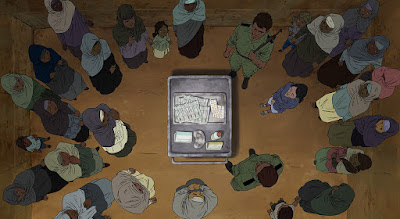