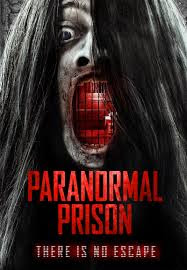 Paranormal Prison is an okay, at best, found footage horror film about a paranormal TV show investigating the ghosts or a historic prison before it is torn down and replaced by condos. The show is desperate to have a viral video to boost their viewership since they are on the verge of shutting down.
Sadly this film never generates any chills. Blame it on a combination of a cast that all looks to be way too young for their roles and a shooting style that never mirrors what we see from similar real TV shows or YouTubers, we are never invested enough to believe anything that is happening on the screen. We never buy any of it with the result there are no scares.
While the film never generates any chills there is a slight sense of mystery as the group attempts to find out who the ghosts are and why they are haunting the prison. Its not the most pressing of threads but it is enough to keep you watching this breezy 70 minute distraction.
A minor okay, at best, film it is best for only for horror film or found footage  completeists
Posted by Steve Kopian at February 19, 2021