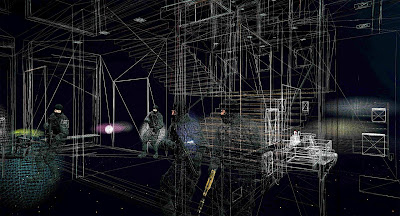 This is an animated documentary/meditation on the twisted prank of swatting. Swatting is when a gamer has a SWAT team called in to arrest them by another gamer in order to embarrass them on line.

This is an amazing film that I was sent out of the blue. Currently in the running for a Cesar, the French Oscars, and it absolutely belongs  there. (No I don't know how a 2018 film is in the running but that's what the promo material sent to me said)

What I love about this film is that instead of just recounting cases of swatting the film uses animation to create a head space that forces you to think about the practice and what it means.