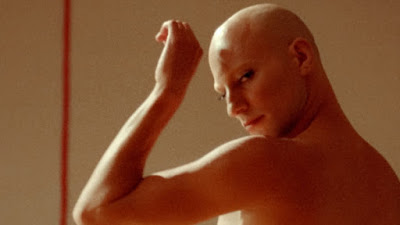 PASSAGE
A foley artist doing the sound effects of a horse becomes one.
An intriguing film that is all about experiencing rather than discussing. I mean that in reading on the film I found no words lived up to seeing the film itself. 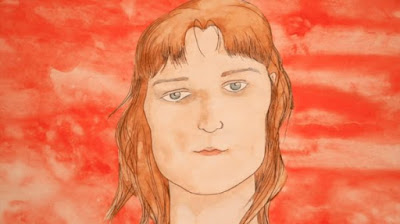 REVELATIONS
"Oh shit this is the face that is going to ruin my life. This is the face I am going to be fantasizing about on my deathbed"
The story of a the filmmaker and the girl who he would obsess over is a magnificent film that hit me right in the chest. I can relate to the reaction and the obsession. It's also a beautifully told film that will make you understand what it all feels like. One of my favorite films at Slamdance. 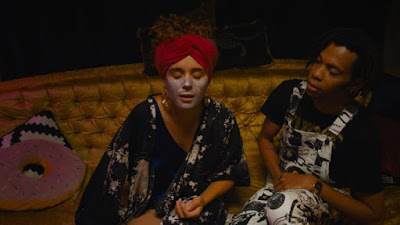 SIXTEEN THOUSAND DOLLARS
A college grad wakes up to find that reparation's have been paid to the descendants of slaves in America.
I'm not sure what I think of this episode of a series. It's not that it's bad, more that I have the sense that this might have been better as either a tighter short film or expanded into a feature with a definite ending. I say that because there are so many threads here that could be explored more fully, but I'm not sure that this would work as a continuing series. Still it's hard to know from just a single episode.
Posted by Steve Kopian at February 14, 2021