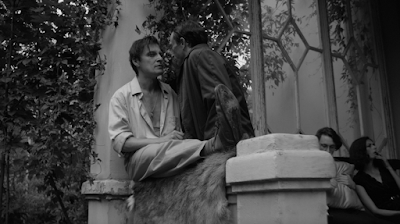 Opening with a stunning single take tracking shot of a massacre during the Second World War this is the story of a man who participated in killing. 20 years after the war, when the Soviets control the country, he returns to Lithuania to work on a movie based on the massacre. Unfortunately  the KGB suspects that the man's seeming detailed knowledge of the massacre may mean that he committed war crimes and a game of cat and mouse begins.

Know that this is a magnificent work of cinema this is a film that anyone who loves the craft of filmmaking will fall in love with. This is a film that uses every trick imaginable to craft an edge of your seat ride. Its one part historical drama, one part thriller and one part Kafkaesque tale. Its a film that not only tells one hell of a story but it creates a killer head space and feeling.