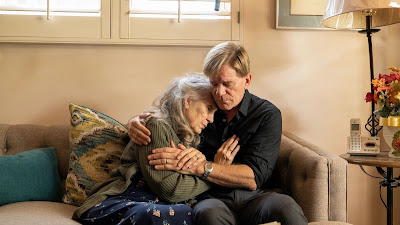 Short film about the effect of Alzheimer's disease on a family.

Well made and earnest, this is a good little film that painfully illustrates how various family members deal with a loved one's deterioration.

As good as the film is the film suffers from only being 15 minutes. Instead of focusing one aspect of the story it tries to get it all in with the result it moves way too fast and tells us things it should show us. The truth of the matter is this plays like a proof of concept film more than a stand alone. If that is the case then I for one would very much like to see an expanded version.