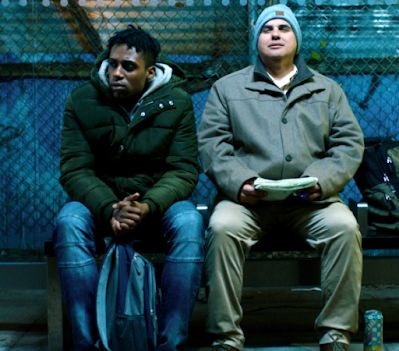 A young man looking for a place to crash meets and helps a blind and deaf man on the street and helps him to get to his destination.

FEELING THROUGH is a very good film on it's own terms. It is moving and touching. It is well made and well acted. It will make you feel good.

Since the film is being pushed for an Oscar, it's on the Short List, I have to address if it is indeed Oscar worthy. The answer is maybe. While better than the several of the Short Listed films I don't know if it is the best. I know that Slamdance wise it's one of the better films, but I still think films like CO-OP and especially SINGLE are much better in the Unstoppable short section.