Until the reviews hit- a few more Slamdance films to try 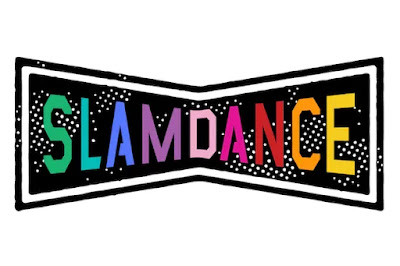 I have a few more Slamdance films to recommend before the reviews hit. They are going up in the order I saw them and I am spacing them so they will be spread out over the festival

BLACKWATER- pilot episode about a Native American country singer forced to do group therapy. It's one of the pilots I've ever run across where I was wholly invested from the get go. I want the rest

TAIPEI SUICIDE STORY-  the story of a clerk and one of the guests at a suicide hotel. I don't like down beat but this is awesome. Hands down one of the best films at the fest (and maybe 2021).

CATASTROPHE ANTHEM- magnificent essay film abut how the changing way we think and interact is going to bring about the end of the world.

SINGLE- a glorious semi romance that made me want t see what happens next. Great all around.

URBAN SPHINX is a short film about the street art of Valencia- it is also one of the most amazing pieces f cinema and art I have ever seen. One of 2021's greatest films

Email ThisBlogThis!Share to TwitterShare to FacebookShare to Pinterest
Labels: slamdance 2021