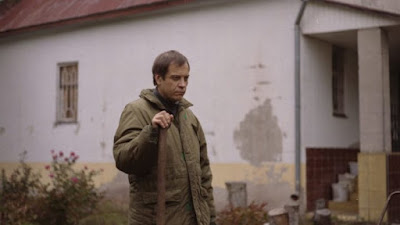 A lonely man hires actors to reenact scenes from family life so that he can record them.

Off kilter comedy drama maybe too dry and knowing for some people. Very measured and very much of a certain feel this kind of feels like an Eastern European attempt at a Charlie Kaufman film. Its all low key and dry.

While I normally don't care for this sort of thing I found myself connecting to the action on screen. In an age where physical contact is frowned upon the desire to have a family and interact with people really hit home.

This is a small gem. Definitely worth a look during the Slamdance Film Fest