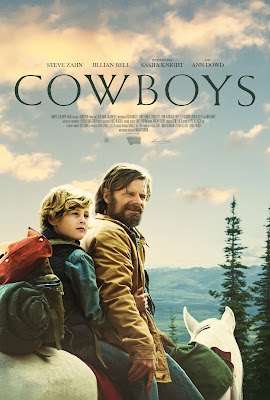 A father kidnaps his son and tries to flee with him because the boys mother won't accept that he is trans and doesn't want to live as a girl.

I didn't think that I was going to be seeing this film. It didn't screen for most critics at Tribeca and by the time it came around I was too hip deep in the winter festival season to consider it. However just as Sundance ended a slot opened up and I took a shot and I was absolutely delighted.

To be honest I don't know how truthful this is as an experience for trans parents and their kids but as an entertaining  film that may open some minds it's very good. It helps that the cast headed by Steve Zahn is first rate. You can't help but like them and you feel for their predicament.

I also liked was that the film doesn't paint anyone as black or white. There are greys.

I had a good time. Recommended