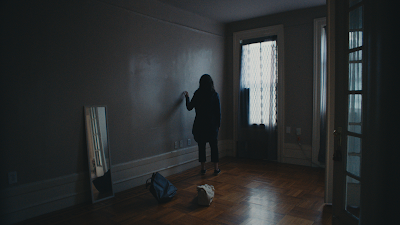 TROY
A couple has a noisy neighbor who has a lot of very loud sex. Will the couple survive?

This is a good short that produces laughs and knowing nods. At the same time  I kind of wish this film had been a bit longer. The film at times feels a little too fast moving and I think it would have shone a bit brighter had we had a few extra minutes with the characters and situations

At the same time I’m quibbling. This is worth a look. 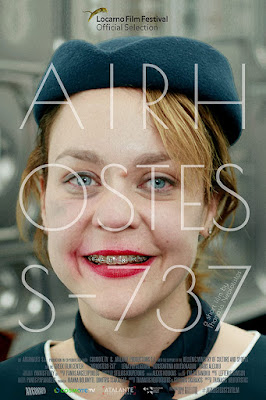 AIRHOSTESS 737
An airhostess is traveling home with her mother and looking to reconcile.

This is a  tour de force performance for actress Lena Papaligouri who is front and center the entire film. Its an emotional and beautifully modulated performance  that hopefully will get her noticed. She is the reason to see this film because she truly runs the gamut of emotions in 17 minutes. I am going to have track down her other work.

The film itself is good. The third part of a trilogy, I’m not certain how this stands on its own. As a standalone film it’s a solid character study with everything beginning and ending with Papaligouri.

Worth a look for those wanting to see a great performance.