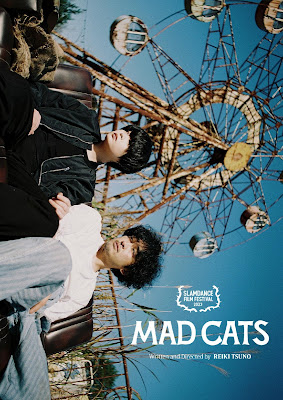 Taka goes off to try and find his missing brother. Teaming up with a friend he meets along the way as well a mysterious young woman all in black he ends up having to battle a bunch of monstrous cats out to kill the people who tormented them.

Growing in stature in my mind since I saw it this is a one of kind joy that some people will love and some people will hate. A low key deadpan mix of horror and humor. Its a film with it's own vibe that you have to go with, and if you do it will end up an absolute delight.

This is a great film. It's a lot of fun. I love its sly sense of humor and bent sense of reality. I love how the cats are women, it adds this wonderful level to it all.

Actually what I absolutely love about this film is that it has hung with me since I saw. I love that I can't stop thinking about it...despite seeing other films after it. I love that it has become a living breathing thing that is part of me. Actually what the greatest thing is that I'm completely tongue tied in discussing it. I am so lost in pondering it that I can't write a rational review.

Ultimately this is just a wickedly cool film

Highly recommended for anyone who wants an wonderful off Hollywood film. 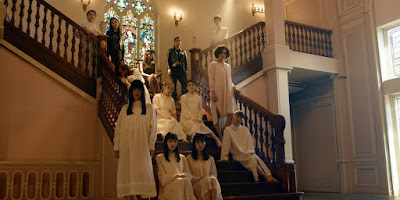