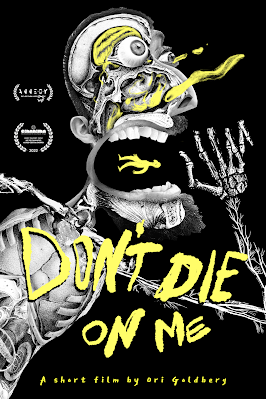 Two men are sitting on a park bench when one starts to cough/choke resulting in his seeing his life pass before his eyes.

Amazing 3 minute animated film will have you talking to the screen concerning the wonders of it's images. I was absolutely floored and had to watch the film repeatedly just because it blew my mind so much.

Actually the imagery was so mindblowing I bookmarked animator Ori Goldberg's website so I can look over the other things he's done when the festival is over. 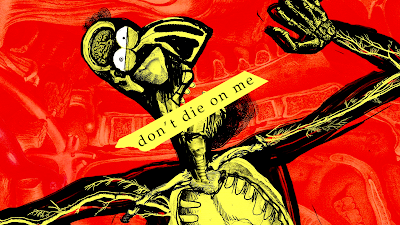