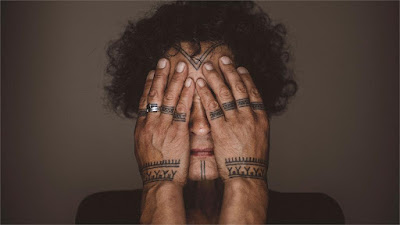 There is a moment in TWICE COLONIZED when the film won me over completely. In the scene the film’s subject Inuit lawyer Aaju Peter is seen in a hotel room dancing on her bed. There was something so quietly screamed "she's just a person!"  in the shot that it removed any and all distance between me and the subject and made think of her as my best friend.

This is a quietly great film. The film is the story  of  Ms Peter who, in the wake of her son, begins to move toward reconnecting with her Inuit heritage and working toward breaking with Denmark who still control Greenland. It’s the rare recent film that manages to balance the portrait of its subject so that we not only feel like we know her both personally and professionally.  We get to know about her and her fight for autonomy in courts, and of her coolness and as a result we walk out of the film feeling we know the whole woman.

What I really like about the film is that in addition to getting to know Peter we get a good look at not only the fight for indigenous rights but also life in Greenland. That may not sound like much but for most people the country is simply this large island in the Atlantic about which we know nothing. I was talking to a friend about the film and I mentioned that the films was about the Inuit in country and they said they had no idea who lived there.

This is a great film. It delighted me because it made me think and feel and taught me a great deal about things I didn’t know.  I was so happy with the film that I was emailing friends to tell them to watch the film at Sundance.