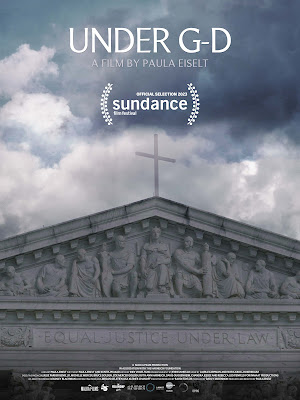 In the wake of Dobbs v. Jackson Women's Health Organization which essentially did away with Roe v. Wade, several Jewish Organizations began to take on the various state laws that popped up that banned abortion. Their argument was that the the new laws violated their freedom of religion.
This is a timely and import important look at the people who sprung into action as soon as the dominoes began to fall in 2022. It shines a light on the various people who are trying to make sure that women still have control of their bodies and that the small minorities don't over ride democracy.
While I like the film, and feel it is important, I am not in love with it. Because the film is essentially covering the events of the last six months there is only so much here. We are only seeing the beginning of what is no doubt going to be a long battle. For example events have transpired (the court case involving South Carolina's ruling that strikes down their ban) that might have altered the film. As good as the film is current events are already out pacing the film.
Still as primer the film is worth your time and effort.
Posted by Steve Kopian at January 22, 2023