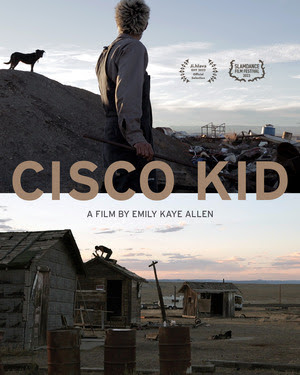 This is a portrait of Eileen a young queer dreamer who moves among the ruins of Cisco Utah and fixes them up making them habitable again.

I honestly don't know what I think of this film. Yes this is a great looking film. It is an early vote getter for the best looking film at Slamdance. And yes  this is a solid portrait of Eileen, the subject of the film. However at a certain point I began to lose interest. It's not that there is anything that is wrong with what is here, rather it's more that there really isn't enough here to support even a short feature. Frankly I would love to sit down and talk to Eileen, but there is only so much I can do with watching her talk to other people.

Of course if you click with the film's pacing this film maybe your cup of tea, for me this was an okay film about an interesting person.