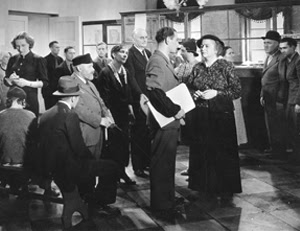 One of the final Yiddish film produced in Poland before the Nazi invasion. It tells the story of a mother trying to keep her family together after her husband goes to the US in order to prepare the way for their arrival.

A bittersweet film that has eerie echoes to real world events, the film opened in the US right after the invasion.  Very much an emotional pot boiler, the film is very much a product of its time. We are drawn because of the plight of the characters. The film is also a look  at Poland before the war. To be certain the film is set before the first World War, but seeing it now you can’t help but see it as being set when t was filmed.

Not only a historically important film, it is also a good one as well.