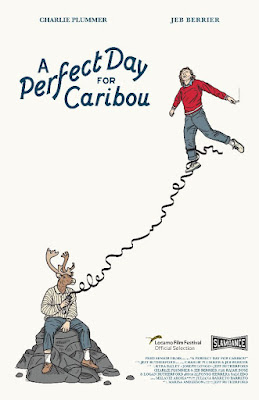 A father is recording a message for his estranged son  in the time before he kills himself. As he is doing so his son calls and asks to meet him.  An awkward meeting results.

Moody black and white film is a potent slice of life as fathers and sons try to come to terms with each other. Bouyed by first rate performances, which will criminally be overlooked in the year end gold rush, this film is one of the first gems I’ve seen in 2023.

The film opens with a kick ass monologue by Jeb Berrier as Herman, the eldest of the men. Sitting in his truck and talking into a tape recorder about life, this is what cinema is all about. While we eventually get inserts, most of the first fifteen minutes is simply Berrier talking and it is as thrilling a cinematic experience as most of Hollywood’s exploding superheroes. Berrier’s performance pulls us in and connects us up to life in ways that few films ever do. More is said and done in this brief sequence than most full features.

The only problem with the sequence is that what follows, a quasi real time meeting between father son and grandson, seems slightly off.  It’s not that there is any problem with what follows, only that the rhythms of the last 75 minutes requires a readjustment.  As words are fumbled and silences creep in between the men. If you can make the adjustment what follows is just as kick ass, just in a different way.

Recommended, and as I said at the top this is one of the first gems I’ve found of 2023.