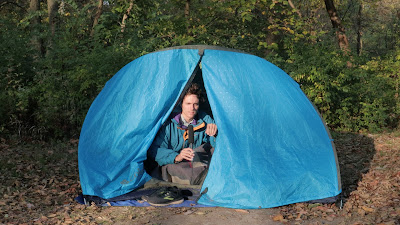 I really love Matt Barats' CASH COW. It’s a wonderful one of a kind film about Matt waiting for his Dominoes commercial to air during the pandemic while he tries to fill the time looking at sites important to the Mormon Church in Vermont. It’s a rambling joy that made me laugh  and smile, and damn near killed me when I choked on my drink when something unexpected happened.

The film is truly one of the great films of the festival, 2023  and I can’t stop thinking about it nor can I not recommend it highly enough. It is one of the very best films to come out of the Covid Pandemic and one of the joys of this young film year.

Because the film was shot by Matt by himself, with help coming in later on in the shaping of the film, I ended up with questions about how it was all done.  And because Matt is a great guy he sent me the answers I was looking for and agreed to let me share them with you.

What follows is the email exchange that Matt and I had. It is everything  except for one thing that I redacted because it was too spoilery and because I almost choked to death you can almost choke to death. 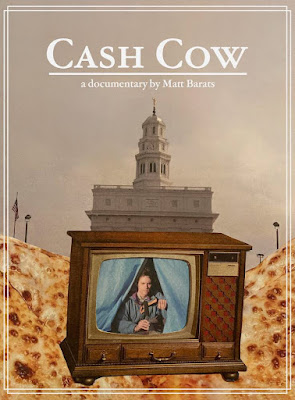 STEVE: How did the project start?

MATT: The project started after I finished a short comedy/doc called HERE WE HAVE IDAHO. which had been shot pre-pandemic, but finished during the first few months of the pandemic. It's a very diy, "solo-filmmaking", essay film approach, and I felt that I could build on this style during 2020 to make a project by myself that felt original in the comedy space.

I had always wanted to do something on Joseph Smith (I was never Mormon, I just love him as an American history figure), and during the pandemic I was seeing a lot of internet-creatives sort of flail for relevancy and churn out quick content, and it made me think there were some soft parallels to explore with the foundations of early Mormonism.

And as for my own creative flailing during this time, I was also waiting for a Domino's Pizza commercial that had shot pre-pandemic to play on TV, and I would catch myself really obsessing about whether it would play or not (and the money it would surely bring in). I found this pretty pathetic, and hated myself for this. So I decided to use this personal storyline in the project; A struggling actor camping in the fall of 2020, passing the time visiting early Mormon historical sites to pass the time, while waiting for his Domino's commercial to see national broadcast (and to get paid, aka his "cash cow").

I did have a general outline and idea going into it all, but It was maybe by the time I was shooting at the third location which was Ohio when I started getting a sense of the flow and starting to see different patterns/elements I could play with to potentially make it all work.

I didn’t know it would be a feature until after it was all shot. When the editor saw the amount of footage I had, and knowing the pace we were aiming for, he confirmed that would be the case.

STEVE: How did you shoot this all on your own?

MATT: That really was the experiment/challenge.

I was car camping the whole time, so I had a power adapter in my car and each morning I would crawl out of the tent and dump footage and charge batteries.

But as far as shooting, I tried to keep it simple. It’s static tripod shots for the most part; For shots I was in, I would set the frame, focus on an object in the distance where I would aim for, then record and run out there, and then run back when I was done to turn off the camera… and yes, doing this is basically as sad as it sounds to describe.

And I might also add that I was alone making this for about a month, and I tried to be flexible to shoot at any time of the day, trying to “shoot on impulse”, knowing that if I had some ideas of b-roll or ideas like the ‘phone calls’ or my ‘news updates’, etc., that I could try them out and decide later if they would fit into the overall story. 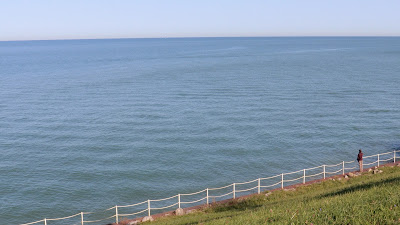 STEVE: How did you shape what you were shooting?

MATT: I knew I wanted to tell the full Joseph Smith history and balance that with my personal “failing commercial actor” storyline.

So I think each new campsite/location I arrived at, I’d sit in the tent or by the campfire and plan out in greater detail what historical information/locations I could get, and which of those I’d be speaking on camera for vs. covering in voice over. Then I’d also try to outline in more detail what elements of my own personal “Domino’s” storyline I could build on.

And then I’d shoot those and try to find a variety of ways to present these elements while dealing with the limitations of having no crew/budget/shelter/etc.

I wanted Cash Cow to be built sort of equally in thirds structure-wise (pre/production/post), and I do think we struck that balance.

MATT: I knew editor/producer Whit Conway would be involved, because he had also helped put together a previous short I made called Here We Have Idaho.

I didn’t tell him much about the project before I went out and shot it all, but he got involved after I synced and organized the footage once I was back in New York.

STEVE: Was any of this set up or is this all more or less straight reporting?  I ask because there was the point where you are standing outside the jail and they call you to come in for work and it’s so perfect I was wondering if it just happened.

MATT: All of the historical information really is me doing my best, but the personal story has its character embellishments… I wasn’t really that sad, but I wanted to be playing it as desperately/pathetically as possible.

Watching a commercial actor slowly unravel during the pandemic was the initial idea.

But yes, all of the phone call characters are staged/set up.

The spoiler (not sure if you will write about this) reveal of REDACTED was an idea I loved and wanted to pull off, so yes, that was planned by me, but I did do it. 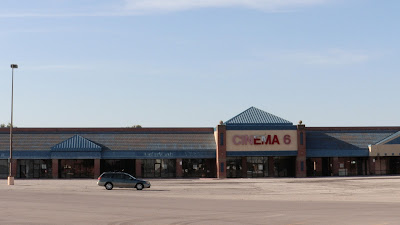 STEVE: How much did you shoot? How much was left on the cutting room floor?

MATT: Hard to say, but the first full cut was about half hour longer, mostly additional historical locations/information. There were also a couple interviews with people I met along the way that we ultimately left out, because I thought it was sadder/better to be left alone with me the entire time, and the viewer has to stay with me at my pace/situation.

The scene in the Motel (flipping channels/talking to camera) for example, was just one long 20-minute take that I improvised and was trimmed down over multiple passes.

STEVE: At what point did you know it was done?

MATT:  I knew I would be done shooting in Nauvoo, Illinois because I was just planning on visiting locations of Joseph Smith's life in chronological order. I was planning to grab a few more shots the last day, but when I woke up at the campsite it was snowing, so I decided that was a good sign to stop sleeping in a tent and start to drive back (and I did get a couple pick up shots in New York on the way back).

But part of the idea was that whatever I shot during this month was going to be enough, and that I'd find a way to connect it all without needing to shoot more footage beyond the time I was camping between apartments in NYC.MATT: 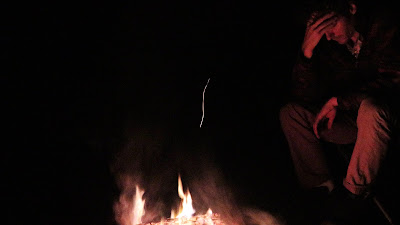 STEVE: Other than the PBS report style was there any other influences in how you approached the film? And because the film has its own unique feel, (yes it’s like a PBS special and it has a certain quality to the humor) I was wondering what are the sort of documentaries and comedies that appeal to you?

MATT: I used the previous short Here We Have Idaho as a starting place to work from, so that was helpful to have as a foundation in style/presentation. (you can watch it on Vimeo fyi)

But I like patient/classic documentary and essay film style. A few examples that come to mind are the experimental documentaries of Bill Brown, the video docs of Agnes Varda, all of Ross McElwee’s films, and Chantal Akerman’s News From Home.

I’ll add that I’ve always been a fan of playful narration, and I like using narration to sort of speak to/comment on the version of myself that is on camera.

One example of playful narration I always think of is the casual commentary in Endless Summer when the narrator is making little comments to his surfer buddies while we see footage of them riding a wave.

For movies I’ll add that I like Albert Brooks films and the movie Sideways as examples of comedies that appeal to me lol.

STEVE: I know it is early, but what are your plans for the film beyond Slamdance?

MATT: I’m really not sure. But I’d like to have it available soon.

A huge thank you to Matt for doing this. 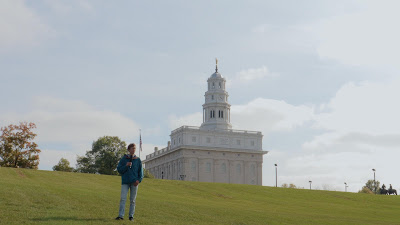