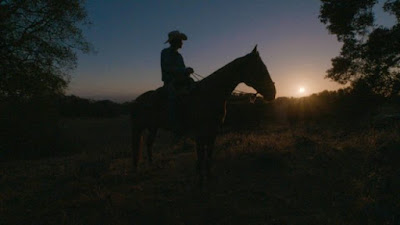 This is an excellent documentary looking at the role Jews played both in the taming of the American West but also in its place in American consciousness.
What a delightful film.  Telling the stories of a wide variety of people, from Levy Stauss to Bronco Billy Anderson to the wife of Wyatt Earp, not to mention the other "lesser names" this is film that fills in tons of blanks by telling some great tales. I was entranced since I had never heard of most of them.
At the same time the film also makes clear how important the immigrant Jews were to the opening of the west.
What a joy.
I can't recommend this film enough.
For details on the screening Sunday go here
Posted by Steve Kopian at January 13, 2023