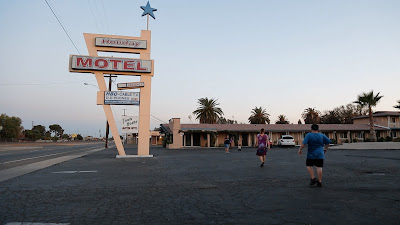 MOTEL DRIVE is a kick in the ass. The film is the story of people living in a block long stretch in Fresno California where Motels used to stretch  from end to end. However the coming of the freeway and the plans for a proposed high speed rail system doomed the motels. Places that used to play host to the Rolling Stones, Nat King Cole and others are now run down and acting as homes for those on the fringes of society. The film follows several people over 8 years of ups and downs as they try to survive in the motels and the changing neighborhood.

This is a look at how the changing of neighborhoods by grand plans  wreck the lives of those on the fringe. While some people like the Shaws manage to hang on as best they can, others fall by the wayside.  It’s a bracing look at the way things are breaking apart.

What is most troubling is it’s clear that efforts to improve society as a whole at the expense of the motels isn’t working. This is illustrated by the highly touted high speed rail that is supposed to go through the area. Motels are bought up. People are evicted. Then nothing happens. It will leave you shaking your head.

I was moved. The film left me pondering what can be done to help these people because as the film makes clear there are no easy answers. 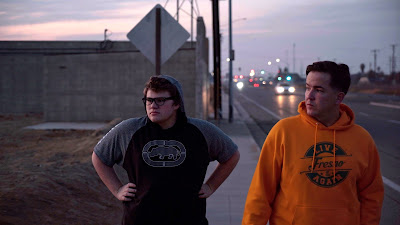