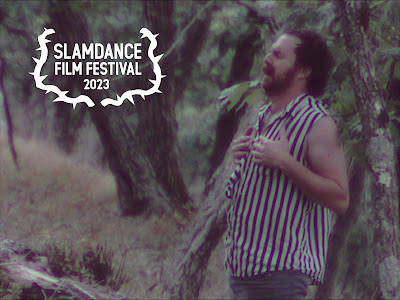 HUBBARDS is one of the most bent films I’ve seen in the last few years.  It’s a short five minute film that goes in ways that you don’t expect and then keeps going all over the place.  I honestly don’t know what the hell it is except that it’s entertaining enough that once I got to the end I rewatched it a couple more times.

The film begins with a man walking in the woods with a shovel looking for the bones of his brother. And at that point I have to leave it because you wouldn’t believe me if I told you what happens next or after that.

It’s a twisted little confection that is exactly the sort of thing that is so far off the beaten path as to be on another continent.

I can’t recommend it enough.