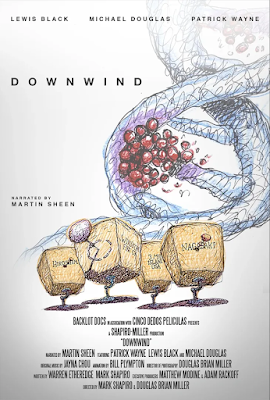 The first film on my Best of 2023 list is a gut punch film about the poisoning of the world via radiation from nuclear tests, waste and power plants. This is a film that will haunt you forever after you see it.

Beginning with the first nuclear tests in the American Southwest, the film makes clear that the US government, and others as well, have not had the best interest in the safety of anyone in mind at any point ever. Consider that the initial thought was to do the tests on the east coast so that the fall out went over the ocean, but they thought it would be cheaper to do it  in the west where less important (Native Americans) lived.  It's also made clear they new what the dangers were before the first bomb was exploded but they went ahead anyway.

Odds are if you are like me, you knew some of this before, but you didn't know everything and seeing it all together will over whelm you.

The film is a mix of science and social. We get both the science of where the fall out went and what it does and is still doing to people. While at the same time we see via tales of THE CONQUER (where most of the cast and crew got cancer), CHINA SYNDROME (which barely made it to theaters before Three Mile Island) and Lewis Black's comedy (the insanity of duck and cover) we see how radiation has affected what we see.  And sometimes things merge as when Patrick Wayne talks about the mound of dirt brought to Hollywood from the CONQUER location that is still at the studio and very radioactive. More crushingly the film is filled with the story of dozens of people who died from the direct effects of being exposed to fallout.

This film rocked my world. Yes, it can seem a bit like a polemic, but at the same time, there really is no "other side" to the fact we are all being poisoned.

I have no idea what to say except see this film.