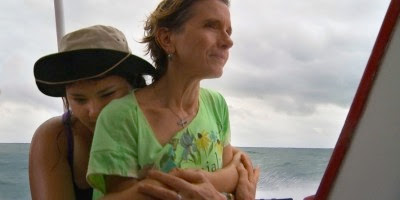 This is a very good little film about what it means to be anthropologist and our changing world. I really like the film a great deal.

I'm kind of going to leave the review there and let you go get tickets. I would say more but I don't think to do so would be entirely fair since i'm fighting with what the film is and what I want the film to be. I really like the portions of the film where the film focuses on the daughters and their feelings and lives over the work of Crate and Mead. I want to talk about the film and what it isn't instead of what it is, which is very good. So in the interest of not following in playwright David Hare's comment that to be a critic is to complain, I'm going to leave things there and just say go see this.

The film gets a single screening tonight at 930. For more information and tickets go here.
Posted by Steve Kopian at November 13, 2015