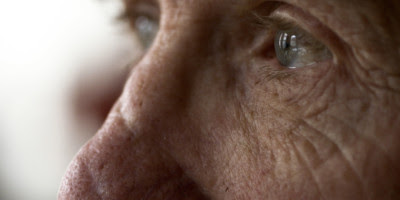 This is a solid group of shorts that will make you reconsider what you think you know and how you feel about the various subjects.

CLOCK OF THE LONG NOW- Danny Ellis wants to build a 10,00 year clock. A very good film that's way too short.This is a public service announcement

THE TYPIST-a gay Korean War vet come to terms with how he typed up the discharge papers for gay soldiers. An interesting look at something most people probably never considered.

THE SURRENDER-a State Department analyst finds himself charged with spying after a reporter publishes a story that supposedly contains classified information. A terrifying look at government run amuck

GERMAN SHEPHERD- Given the choice to good or bad what would you do? My New York Jewish FIlm Festival review is here.

THE 414s THE ORIGINAL TEEN HACKERS- What happens when a bunch of teenagers back int the 80's got into government computers.An interesting little tidbit

BACK- After 40 years in prison Otis Johnson comes out. an interesting look at what happened. Its the sort of film that will make you seriously consider what long term prison terms. This will rattle your cage.

I WAS HERE FIRST- a look at the change in DUMBO and in New York as it gentrifies. A great look at the changes that have happened in Brooklyn over the last 30 years will make you wonder if it was all for the better. If you love New York you'll love this.

This collection plays on November 17th. For more more information and tickets go here.
Posted by Steve Kopian at November 12, 2015