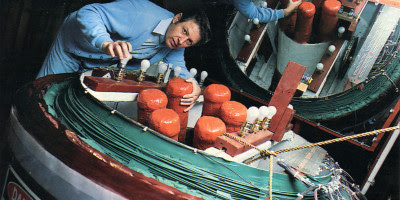 The story of Joe Newman who made a machine that produced more energy than it took in. Initially everyone thought it was a joke until they saw it and it converted many physicists to the cause.

I'd been following the story of Joe Newman's machine for the past 30 years. I would keep my eyes out for the odd story here and there and try to see if Newman had really done the impossible. Mainstream science said he hadn't, however 99% of those people never really investigated Newman's claims so I had to discount what they said. Science told them it couldn't be, so they never looked any farther to see if they were wrong. Eventually Newman disappeared from view and I would only run across his story whenever I looked into alternative modes of energy production.

Jon Fox's film brings the whole tragic story together. The film tells the story from the point of view of everyone involved, from the reporters who covered it, the scientists who worked with Newman and even the man himself. Where and how the story goes is both expected and unexpected. Its a film that gets all the information we have out in the open...and we are much sadder for it.

This is one hell of a story, and it's not a happy one. Initial hope at changing the world deteriorates into paranoia. People drift away and Newman is left largely alone.

NEWMAN plays tonight and replays on the 17th. For tickets and more more information go here.
Posted by Steve Kopian at November 12, 2015