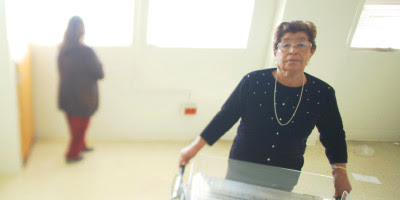 My friend Dor told me that one of the films at DOC NYC I had to see NO MAS BEBES and she was right, I did. Its also a film that you have to see as well because it will piss you off.

This is the story of the people who took on the doctors in the Los Angeles County Hospital who unwillingly sterilized countless Latino women. The women would come in a C-section or  another procedure and as part of the papers they were asked to sign was consent for tubal ligation. In some cases women were withheld pain killers until the signed the paper.

This is a deeply moving film about a major injustice. Ten minutes in I wanted to punch someone. I was so pissed I wanted to jump on a plane and find the doctors and administrators and beat them up. The fact that the doctors take refuge in the fact that they had signed consent forms when many were signed either in the pain of labor or by women who didn't speak English is kind of like saying the victims of Dr Mengele signed off on the abuse they received at Auschwitz.

Yea I'm just a little pissed off by this film.

While I am happy that the lawsuits that resulted brought change I am unhappy that these women had to be victims by a state that in this case took the wrong lesson from Nazi Germany.

We must never let this happen again.

The film has a single sold out screening Saturday. For more information and details on rush tickets go here
Posted by Steve Kopian at November 12, 2015