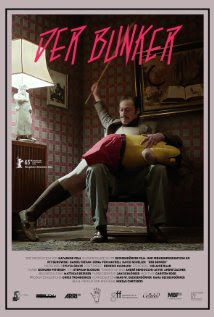 Completely out there-did I say strange film about a student who goes to stay with a family living in a remote location and ending up teaching their peculiar son.

To be completely honest I don't know what I think. My immediate reaction to seeing the film was to turn to the person seated next to me and say "well that was a film". I had no idea what to say and neither did they and they scooted off for the next film.

This is a strange mannered film and not going to be for all tastes but for those who click with it this film is going to provide hours of discussion about both the wackiness of it all and it's weird outlook. What is going to be the deciding factor is if you accept its artificial set up. The film is clearly a construct of  writer/director Nikias Chryssos and is operating in his own world. Accept it and you'r great, if not...

For give me I'm still fumbling around with the film. I really don't know what to say. Trying to discuss plot points is tough when you have to explain what lead up to them is difficult,

Perhaps the best thing I can say is thank you Ithacal International Fantastic Film Festival for running it and if you're interested in the film and like weird go for it.
Posted by Steve Kopian at November 14, 2015