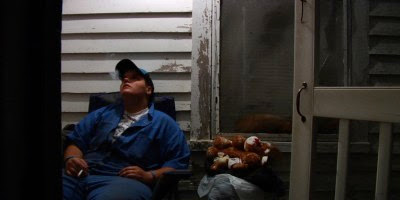 Portrait of Cole Ray Davis a young trans-gendered young man trying to survive in North Carolina. We follow Cole over several years as he first comes out as a lesbian and then decides that he is trans-gendered and finally tries to make a life with his girlfriend.

I'm not sure how to really review this film, not because there is anything wrong with it but because I've heard stories about what it's like to be  gay in some parts of the American south and as far as I can see this film gets it exactly right. This is what its like and it will both break your heart at some of the cruelties that Cole is forced to endure, and delight you that he has managed to remain upright.

If you want to see a film that will move you see this film.

The film plays November 14 and November 17. For tickets and more information go here.
Posted by Steve Kopian at November 11, 2015